Self-cert mortgages were once the most common way self-employed people bought their homes. That was up until the Credit Crunch and the subsequent financial fallout.

However, self-cert was never the best way for a contractor to secure mortgage finance.

In our opinion, the FCA getting rid of self-cert did contractors a favour. But for contractors reliant on self-certification in the past, it may not seem so right now.

Let’s try to convince you otherwise.

As a contractor, you’re not just self-employed 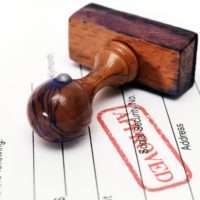 Most High Street lenders have an out of date bias towards permies. Their advisers pigeonhole employees and traditional self-employed into specific categories.

Their calculations can work out neat little sums to gauge affordability. Bingo!

But these methods don’t work for professionals on short term contracts. They don’t work for limited company payment structures. As a contractor, both of those are pertent to proving your income.

In the past, advisors weren’t altogether sure how contracting worked. Not that they’re 100% up to speed now, of course. But the self-cert mortgage did seem a convenient middle ground.

Contractors were grateful a lender had approved their application. Advisers were happy that they’d been able to help. Or that they’d made a commission, depending on how cynical your outlook. Everybody happy.

The problem was, self-certification was available to everyone. Employees who couldn’t make the proper affordability assessment work used self-cert.

People began concocting their own affordability, which meant more business for lenders. Even better, as self-cert interest rates were often higher than other mortgages.

But those who’d taken out ‘liar loans’ became a great risk to lenders. Eventually, it caught up with the banking world and the global economy.

Following the 2008 banking collapse, the FSA appraised the market from top to toe. They introduced responsible lending, which forced lenders to remove self-cert from their portfolios. That was it for people who couldn’t prove their income.

The irony is, with contract-based underwriting, contractors never needed self-cert anyway. Genuine contractor mortgages are as competitive as those offered to permanent employees today. And because lenders and brokers work together, they’re more accessible!

Avoid High Street lenders who won’t assess you on your annualised contract rate. If they don’t know what that means, they’re not going to give you a contractor mortgage. And don’t ask for a self-cert mortgage; they no longer exist. Amen to that! 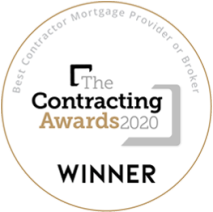